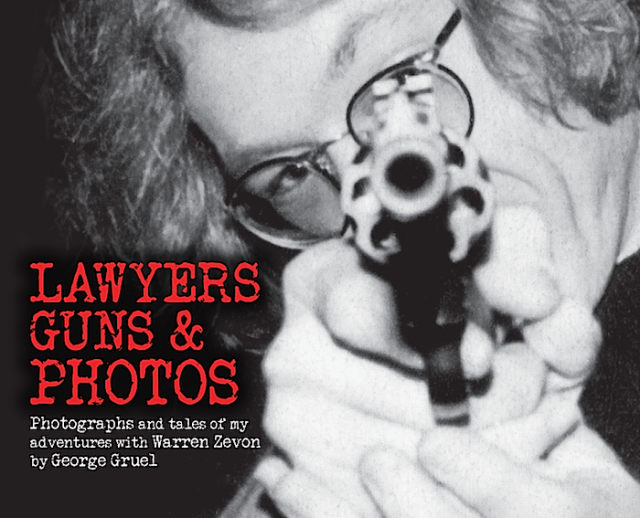 To me, Warren Zevon was one of the great underrated singer/songwriters in rock music. Most people know “Werewolves of London” or (if you’re lucky) “Lawyers, Guns and Money” – both awesome songs, to be sure, but merely a fraction of what he recorded during his four decades in music. He was a storyteller/poet with a sardonic wit and a romantic bent, whether writing from his own life or imagining characters in little four-minute plays set to music.

George Gruel, Zevon’s former road manager, saw behind the scenes during the height of fame for rock’s “Excitable Boy” in the late 1970s and early 1980s.

In this interview (which originally aired July 31, 2012, on WHRW Binghamton’s The Signal), George chatted about his book Lawyers, Guns & Photos: Photographs and Tales of My Adventures with Warren Zevon (Big Gorilla Books). Lots of great stories here – including how he got a shoutout from Zevon on the live album Stand in the Fire.

Sadly, Zevon left us in September 2003 at age 56, after a widely publicized battle with lung cancer that included an emotional final appearance on The Late Show with David Letterman. I still miss that guy a lot, and wonder what he’d be writing about today.

Thanks again to George for the interview.