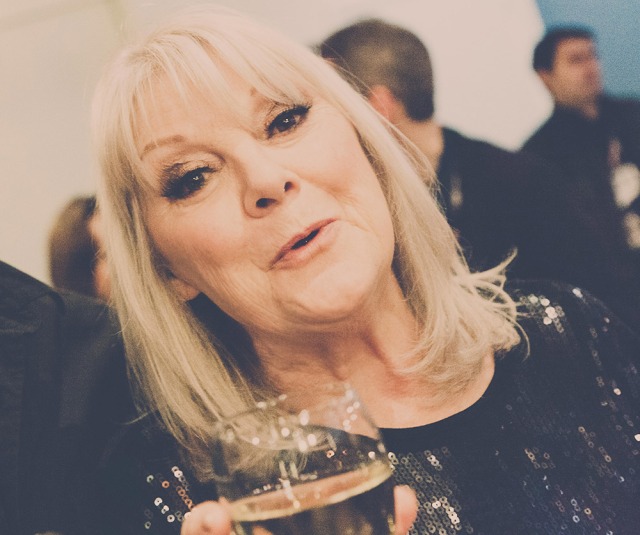 The lovely Anneke Wills. [Photo by Dan Hall from annekewills.com]

Traveling with the Doctor on Doctor Who can take his companions on wild and wonderful adventures – but perhaps no other companion has lived such a varied existence in real life than Anneke Wills.

Playing Polly Wright from 1966-67, Anneke was there for the first-ever regeneration of the Doctor from William Hartnell to Patrick Troughton in the classic stories “The Tenth Planet” and “The Power of the Daleks.”  Appearing alongside Ben Jackson (Michael Craze) and, later, Jamie McCrimmon (Frazer Hines), Polly very much was a Swinging ’60s gal from London, complete with a Carnaby Street fashion sense.

After giving up acting in 1970, Anneke traveled from the English countryside to religious quests in India, Vancouver and California. She tells her life story in two volumes of autobiography: Self-Portrait (covering up to 1970) and Naked (1970 and after). I’m most of the way through volume 2 now and it’s fascinating stuff. Her life has been filled with so much love, tragedy and transcendence. 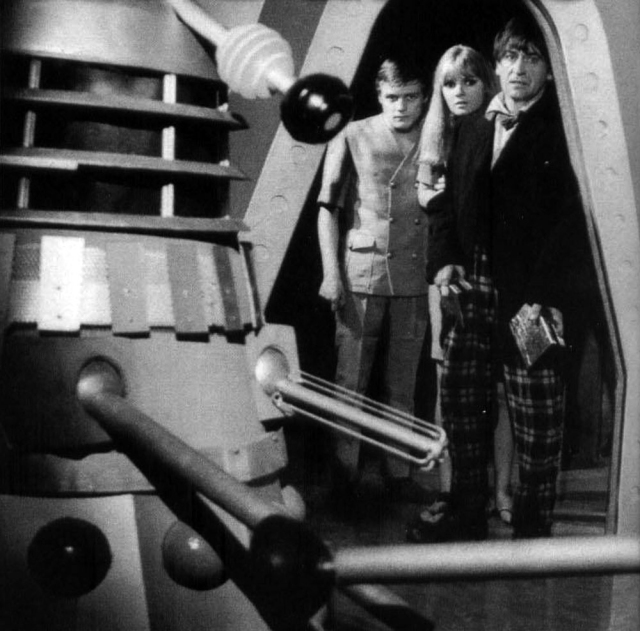 Ben (Michael Craze), Polly (Anneke Wills) and the Doctor (Patrick Troughton) encounter a Dalek in “The Power of the Daleks” (the non-animated version, obviously). [BBC photo]

I was thrilled to get a chance to interview Anneke for a few minutes at last November’s L.I. Who convention. We discussed her time on the show, the recent animated release of “Power of the Daleks”, reviving the role of Polly for Big Finish audio adventures, and why she keeps copies of her autobiographies hidden under her bed.

I’m sure I could have spent hours covering all the cool stuff she saw and did during the 1960s in London (which would be my destination if I had a time machine). Maybe someday.

Hopefully more of the missing episodes from her tenure on the show will be animated in the future. Personally, I’d love to see “The Highlanders” (which introduced Jamie to the show) but I’m not sure that’d be as big as seller as “Power.” A guy can dream, though.